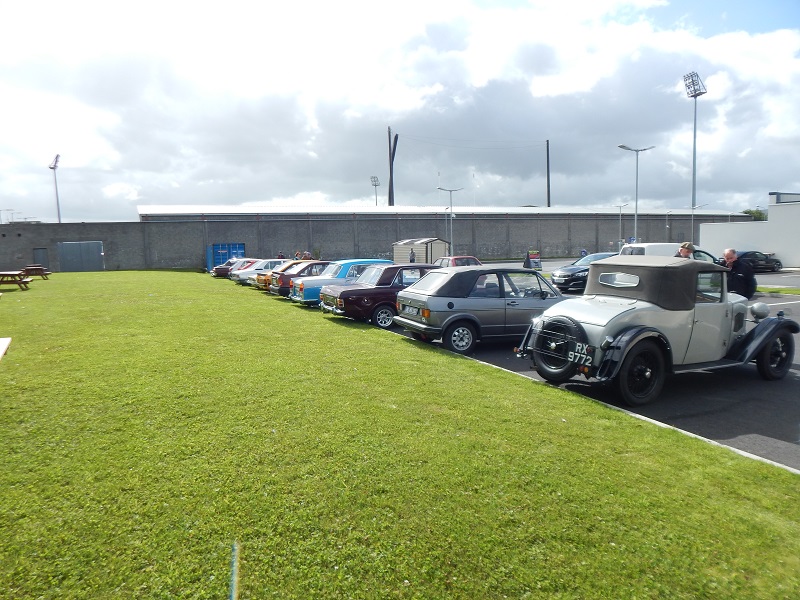 https://fiva.org/…/nine-new-motoring-heroes-join-the…/
IVVCC as our Clubs representative body affiliated to the world governing body FIVA, nominated Rosemary Smith for the Hall of Fame award. Delighted they succeeded.
Rosemary featured later in this article:
Dear Affiliate Club Members
I would like to share some great news with you, with which is delighted to be associated.
Last year, FIVA (The International Federation of Historic Vehicles) to which IVVCC is affiliated launched its Heritage Hall of Fame to celebrate world famous figures and unsung heroes in automotive history. Earlier this year, Peadar Ward with the unanimous approval of his fellow board members proposed that he would put forward Rosemary Smith as the IVVCC nominee for the 2022 Heritage Hall of fame and he made a submission outlining Rosemary’s motor sport achievements.
Fellow members Martin Taylor and Frank Fennell, facilitated Peadar with suitable high definition photographs.
We are thrilled to tell you that the submission was successful and Rosemary joins nine other worthy recipients of this prestigious honour. She is the first Irish person to be included in the FIVA Heritage Hall of Fame.
I am sure you will join me in extending our warmest congratulations and best wishes to Rosemary who has been a great ambassador for women and Irish motorsport, an honour that is truly well deserved. Amongst Rosemary’s notable achievements were winning outright the Tulip Rally in 1964, and of being the oldest person ever to drive a Formula One (Renault) in 2017. I am attaching the details of the award where you can read Rosemary’s citation, as well as the citations for the other recipients. Rosemary is in great company here with names of people many of whom I am sure you will recognise. The list of judges is also very interesting.
Thank you and happy motoring
https://fiva.org/…/nine-new-motoring-heroes-join-the…/
Warmest regards,
Myles O’Reilly
President IVVCC