Club members Chris Foley (Club Webmaster) and Conor Twohill Newtowndshandrum Charleville Cork will compete in the 2022 Gordon Bennett run in a 1915 Ford Model T tourer. This event is a competitive event for cars up to 1930 and  takes place on Saturday 11 June. 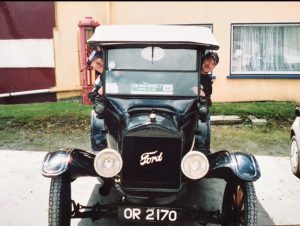 Conor Twohill  is son of the late Tom Twohill founder member of Kvvccc Club and first club president in 1979.  Few vintage enthusiast have done this event due to it being a 1930 cut off. The event was last done by former club chairman Fintan Foley and the late club president and founding member PJ O Riordan in 2010, the pair also having competed in 2009 and 2010. 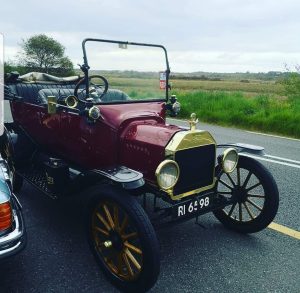 Car  brief history – It is an Irish car, discovered in ballyvaughan Co. Clare in the 60”s as a barn find  restored by Tom Byrne in Wicklow in the 70’s, changed hands a few times later and my father purchased it in 1985 from John Moloney in limerick and it’s been in our family since. Was off the road then for 20 years until I got it going again in 2005 and has been very active since then.